I am a very private and modest person.  I don’t like public displays of emotion or affection–something that has always irritated Vickie–especially when I didn’t want to kiss or hug in public–let’s do that in private, please.  Nor do I like public disagreements or arguments, especially when I have to stand and watch without the ability to make a difference–please stop embarrassing yourself.  I am a rather modest person, as well, inheriting this from my mother who never, ever wore a pair of shorts or a swimming suit.  She always dressed for the day, unlike my father–in his later years–who enjoyed walking around the house and yard in boxer underwear shorts and a T-shirt (I am beginning to get that). You will never see me without my shirt and I don’t like exposing my long toes so I always wear socks–with my sandals.  But one learns to get over those kinds of things with age and experience and enters into the who cares stage of life.

Many years ago I had the opportunity to visit a remote and small island called Rusinga.  It is in Kenya and juts up in Lake Victoria and looks across into Jinja, Uganda, the source of the Nile river.  Lois and Richard Leakey discovered some very early Proconsul remains there in the 1940’s.  Yet, even today, aside from a small tourist hotel, it remains rural and remote.

I was visiting a student.  I stayed in his house.  It was a basic mud and stucco house with no real shower, and cooking was done in an open kitchen.  It had been a long day.  I had recorded children singing folk songs and to show their appreciation the community slaughtered a goat–in front of me–and then barbequed it for our meal.  I like roasted goat.

It got dark quickly, that night.  It had been very hot and I was beginning to smell my own sweat.

The women heated a large pot of water and led me to where I would take a dip bath.  I took off my clothes, hung them over a large bush, and began to pour the warm water down my back.  There was no light but the moon was full and very bright.

After I was fully naked and fully wet and soaped down, I began to hear giggling behind me.It was then that I realized the village had lined the road that encircled me–I could not see it in the dark–and they had been watching me bathe with an excellent view of my SWA.

I did not scream or run.  I just thought to myself, ‘well, if that is the best entertainment they have in this village, I guess I am the best in show.

The Panic Roll or Not 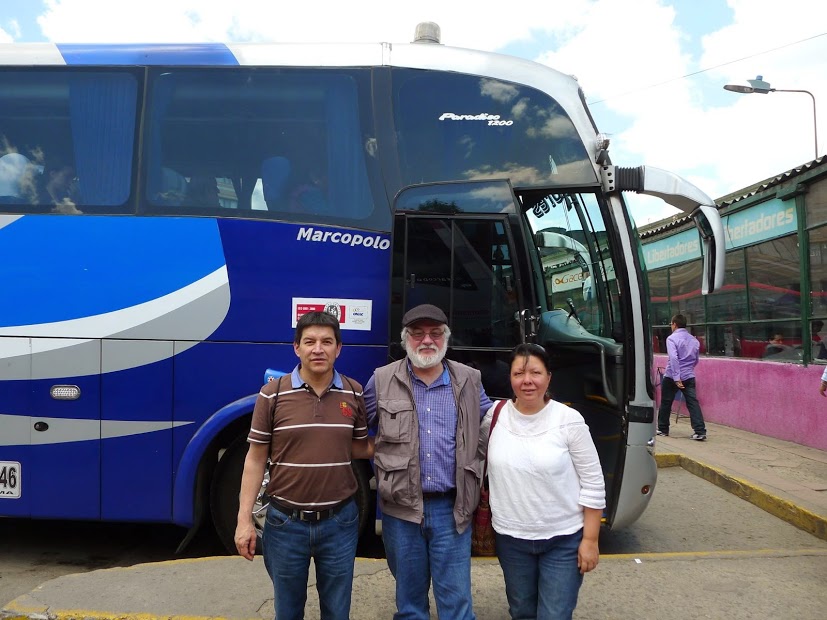 On my first excursion to Africa in 1980, Malawi more specifically, we were hosted by veteran missionaries living in a remote part of the country.  I remember our first journey into the “bush” as it was called, meaning a remote rural area. “Here, pack some toilet paper in your bag, you may need it.” he advised.

In my youth my grandfather had an outhouse behind his main farmhouse.  Until he died at 85, he used the outhouse.  Though he installed an indoor toilet for my grandmother and her guests, he believed there was something unclean about defecating in the same place where you ate and slept.  You could find a roll of toilet paper in the outhouse, but also pages of an old Sears catalogue, but more often old corn cobs.  Rural America has a lot in common with rural Africa, as in rural anywhere.

In the following years when we lived in Africa and I travelled extensively in the African countryside, I kept a “panic roll” of toilet paper in my back pocket.  Why you may ask?

Briefly, several experiences taught me so.  The first was deep in the msituni (Swahili for in the bush) where I had a BIG need.  There were big needs or haja kubwa (meaning a bowel movement) and haja ndogo or small needs (to urinate).  On the occasion I remember most I entered a grass hut with a dirt floor and a hole in the ground.  I squatted and did my business and looked around for toilet paper.  [I’ll add that on one occasion I had a large snake who lived in the grass roof crawl above the exit of the toilet and stay there. And I shat some more while I waited for him to leave!  “That’s the end of that toilet!” my friend declared when I told him of the snake.

But on this occasion, I looked around for toilet paper undisturbed by critters and found a bowl of water and a small bar of soap.  I surmised correctly that I was to clean myself with my hand with the use of soap and water–not too comforting as at meal times we all used our hands to take food from the same bowl.  “Where have their hands been?”

I quickly learned that your left hand is the bathroom hand.  It is a cultural rule in many countries and I understood the origin of the left-hand as the sinister or evil hand.

I better keep a panic roll in my back pocket.

Traveling remote and rural roads one must find a way to meet one’s big and little needs beside the road and away from passing cars or walking people.

On one occasion, after eating some food that definitely did not set well with my stomach (it called to me from inside myself–”get to a place of safety quickly–like NOW!), I stopped by the road and literally ran to a clump of small trees and squatted to relieve myself in a thunderous explosion.  I had not looked around me for danger.  Surrounding me were a great cloud of Giraffe witnesses, all of whom were smiling and giggling at my misfortune.

I better keep a panic roll in my back pocket. It is a lesson I should have learned.

Not too long ago I was on a survey trip to Colombia in South America.  A beautiful country with lakes, trees and pastures, the best way to travel is by local bus.  So early in the morning, our hosts drove us to the bus stop.  We were headed to the northern part of the country where there had been much violence as a result of political conflict.  The night before we enjoyed some excellent Colombian cuisine with some good spice and heat.  All was well.  Or so I thought.

Thirty minutes into the trip, on a winding road, the evening’s meal began to wrestle with my intestines.  It was turning into a war zone down there and I needed to make some peace or evacuate the area.

Fortunately, there was a bathroom toilet on the back of the bus.  The road was very rough. I made my way quickly to the toilet, I grabbed rails to keep from falling as the bus jostled back and forth.

I made it to the toilet just in time, and unloaded, literally, the warring tribes within my body.  Now came cleanup.

Wouldn’t you know it,  I forgot my panic role.  I panicked.  There was no toilet paper in the bus toilet. Only one thing to do.

But there was water and some soap.

So I dropped my pants and began to clean myself, with my left hand, using my right to steady myself amidst the swaying bus, as I bumped against the wall of the bathroom.

I was feeling pretty confident, until I realized that I was bumping up against the closed door of the toilet.

In an instant, the door flung open and there I was, my shiny white ass was there for all the passengers to see.  Pants down.

At least it was clean.

Amazingly no one, no not one person even looked.  This must have happened before.  I grabbed the door, shut it and made sure it was locked and brought myself to decency–even trying not to laugh out loud at myself and my situation. I opened the door and walked back to my seat with all the dignity and self-pride I could muster.

So thus ends the story of my shiny white ass.  And the lesson.  Carry a panic role no matter where you are. And the old African proverb, A man with diarrhea has no fear of the dark.

As a postscript, sometimes I walk naked around the house–but not for the neighbors to see–like when a house load of guests left after a long holiday visit.  I walk nudely in each room and reclaim my territory.  And you may also not see me in my underwear as I walk around the outside of my cabin in the mountains at night and early morning–thanks Dad, I am beginning to get that. And for public displays of affection; well, I’ve learned that holding hands, a gentle hug, and a small kiss goes a long way in keeping Vickie happy.  If Vickie’s happy, I’m happy.